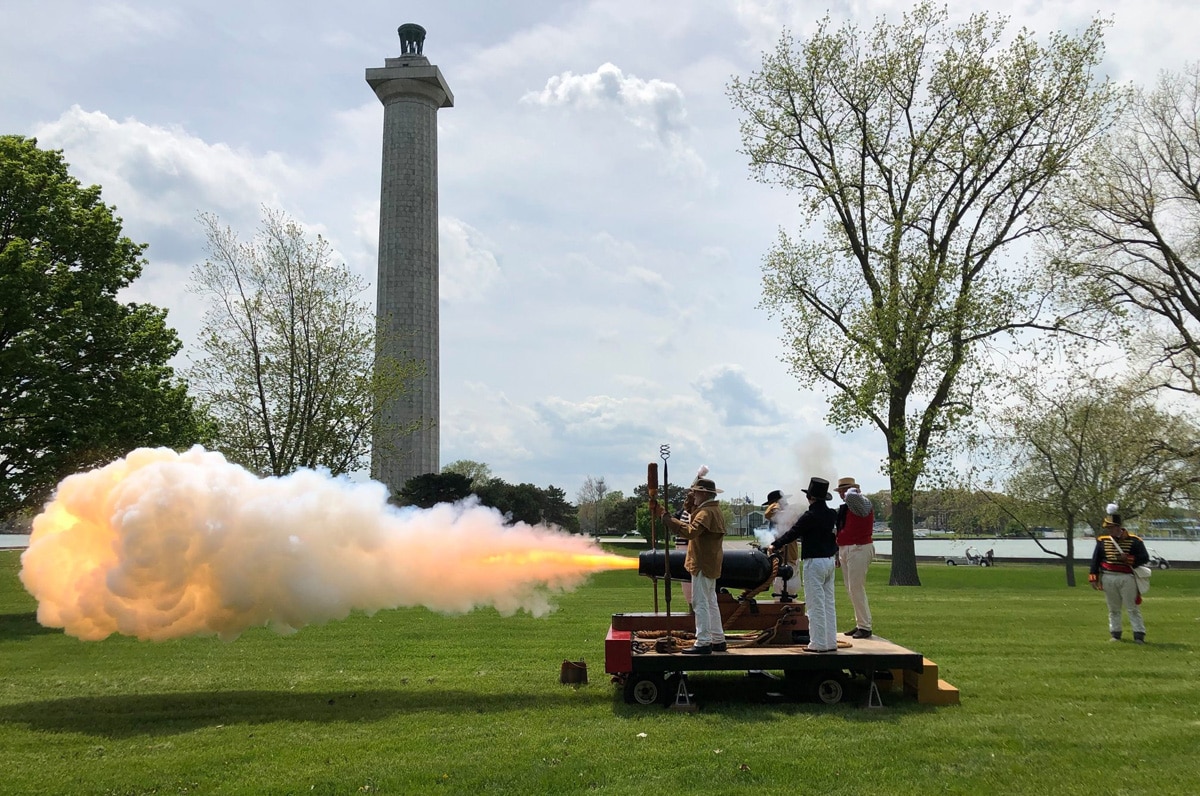 Annual commemoration of the Battle of Lake Erie at Put-in-Bay, Ohio. Each year on and around September 10, we celebrate the anniversary of Oliver Hazard Perry’s defeat of the British fleet in The Battle of Lake Erie on September 10, 1813, and the enduring peace between the United States, the United Kingdom, and Canada. We want to continue the traditional celebrations built over the last 20+ years and expand them to include all of South Bass Island. Perry’s Victory and International Peace Memorial invites everyone to join in this annual celebration of history.  Perry’s Monument will have a Historical Living encampment with re-enactors, firing demonstrations and more through the weekend. Miller Ferry is a proud supporter and contributor to Historic Weekend.

Saturday –
11:00am – Battle of Lake Erie and Anniversary of 9/11 Ceremony at the Memorial.
10am to 5pm Art in the Park, DeRivera Park
12pm to 3pm – Musket, artillery demonstrations at Perry’s Monument
3:15pm – Make some noise! We ask boats to honk their horn to commemorate the victory at the Battle of Lake Erie